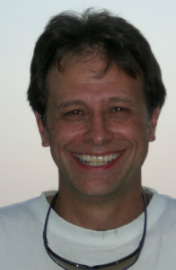 He was very active growing up in the United Methodist Church in Sunday School, as an acolyte, teaching Vacation Bible School, and in Youth Ministry.  During his college years, he was a member of the interdenominational Fellowship of Christian Athletes, and was active in campus ministry. Later, Don served for many years in Lay Ministry; as Lay Leader in a United Methodist congregation, leading various ministries, including a Taped Ministry, which brought taped copies of worship services to the sick and shut-in. After serving as Lay Leader for nearly ten years, Don answered the call to pastoral ministry, was licensed for Pastoral Ministry in the United Methodist Church and was appointed to his home church as the Associate Pastor. He then served as pastor to a small New England church and his own congregation.

In 2013, Don, helped to found Peace Community Chapel, a welcoming, interdenominational community that seeks to love God, to love our neighbors as ourselves, and to help others learn to do the same, through the teachings of Jesus. He also has a special place in his heart for ministry to seniors, an often forgotten and cast-aside population. He holds a Master of Divinity degree and is an ordained minister.

Along with his work in the church, Don and his wife, Mitzi, serve their community as co-owners of a holistic health practice called Jin Shin Jyutsu® of Greenwich/NYC.

Don and Mitzi, their two cats, Farley and Richie, make their home in Milford, CT. Contact Pastor Don by phone or by email.
Powered by